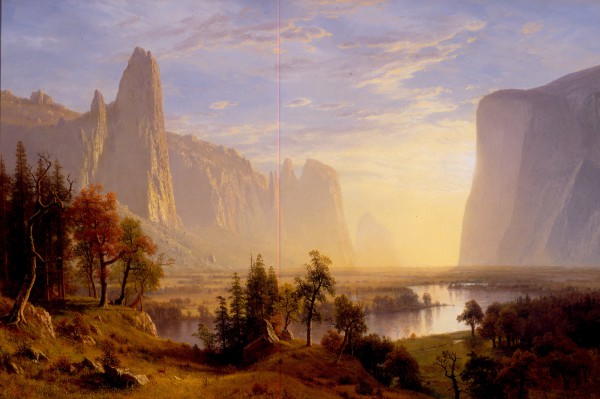 This is a landscape painting of Yosemite Valley created shortly after Congress passed and President Lincoln signed an act granting the Yosemite Valley and the Mariposa Grove of Big Trees to the state of California. Yosemite Valley remained under the jurisdiction of the state of California until 1890 when Congress set aside a large area surrounding the valley (but not the valley itself) as a national forest reserve administered by the secretary of the interior, who designated it as, “Yosemite National Park.” In 1906, President Theodore Roosevelt signed a bill into law that incorporated the valley into the park.