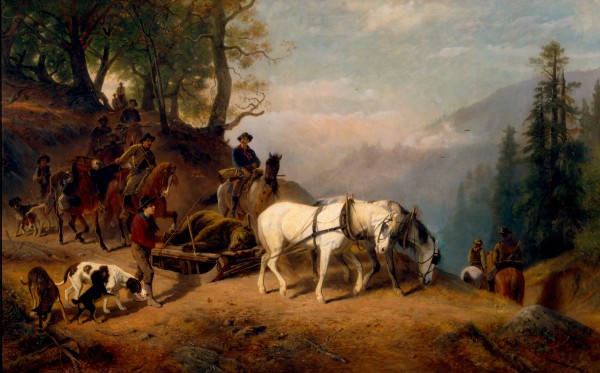 This painting depicts a hunting party returning from a bear hunt. In the 1880s the killing of grizzly bears was a utilitarian endeavor and considered to be a dangerous but exciting necessity. Conversely, preservationists, such as John Muir, referred to hunting as the murder business. The last killing of a California grizzly bear took place in 1922. two years later the last grizzly bear ever to been seen in California was spotted in Sequoia National Park.