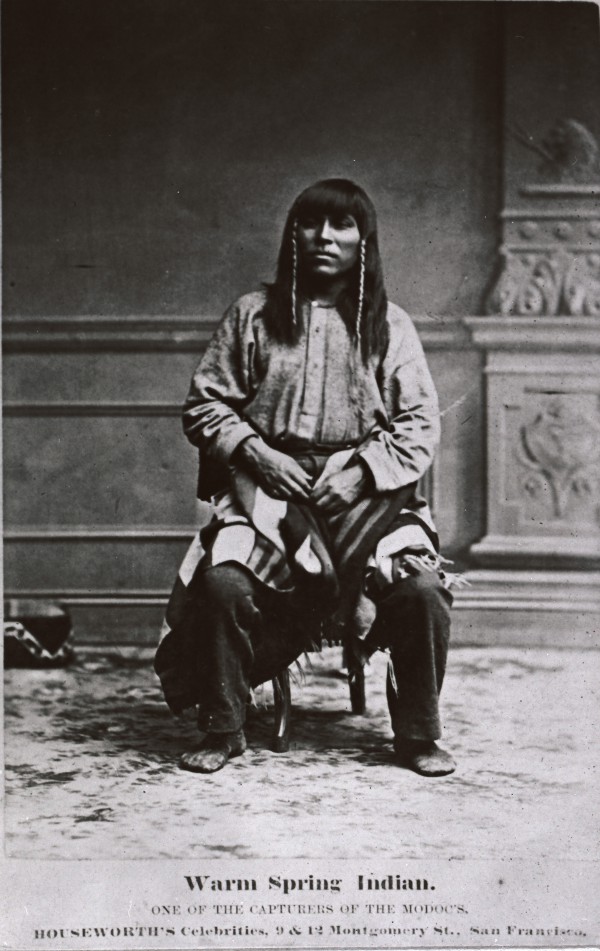 Click image to zoom in.
Or view larger version. A Warm Springs Indian man identified as "one of the capturers of the Modocs" poses in costume in an indoor studio with a classical setting for this postcard of the Houseworth's Celebrities series. ca. 1915. Photographer unknown. Postcard published by Thomas Houseworth & Company, San Francisco. Collection of Oakland Museum of California. Gift of Robert Reeves.

This souvenir postcard was made in San Francisco in the early 1900s, and shows the ambivalent ways in which whites viewed Native Americans at that time. One Native American man is posed fully clothed and seated against a classical background, embodying the popular white view of Native Americans as capable of "civilization." These views would continue to shape California dealings with Native Americans up until the 1950s.