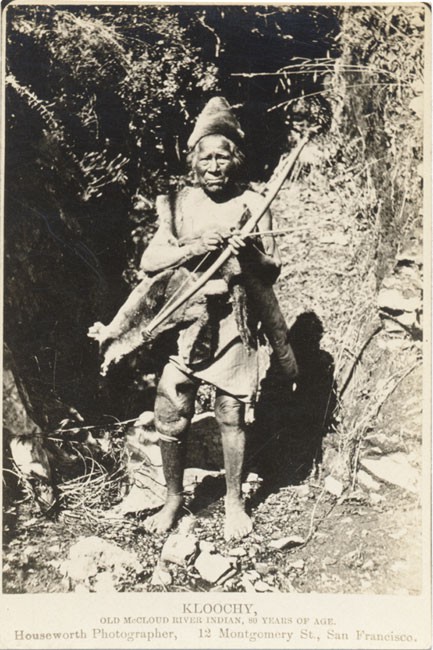 This souvenir postcard was made in San Francisco in the early 1900s, and shows the ambivalent ways in which whites viewed Native Americans at that time. A Native American man is wearing native clothes and is in a hunting pose with a bow and arrow, representing the white fascination with Native Americans as "wild men" who should be treated as one would treat a dangerous animal. These views would continue to shape California dealings with Native Americans up until the 1950s.