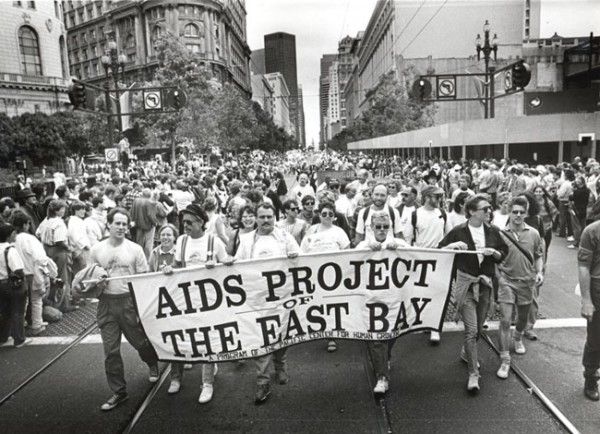 In this 1987 photo, participants in the San Francisco Gay and Lesbian Freedom Day parade carry a banner for the AIDS Project of the East Bay. The genesis of this organization reveals how doctors became involved in their patient's lives as the epidemic spread. Dr. Robert Scott, an African American internist with a solo practice in Oakland, founded the AIDS Project of the East Bay in 1987 because such basic unmet needs as cooking and cleaning were interfering with his patients' ability to focus on medical procedures. With funding from the Allen Temple Baptist Church and the federal government, Dr. Scott built an apartment building in East Oakland to house HIV-positive men and women.