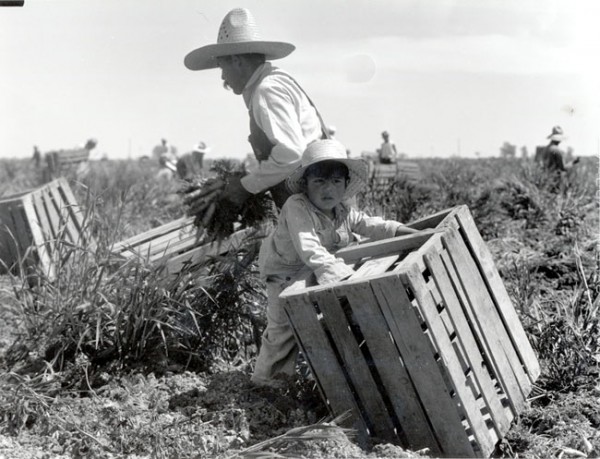 "The authorities would only pay attention to [the farm owner]…. [T]hey told me that if I didn't pay they would take my wife and my children to work."
- Elias Garza, migrant farm worker

The child pictured above, helping to harvest carrots, would have been a commonplace sight before, during, and after the Great Depression. Farm workers had no day care, and often all members of the family, from toddlers to elders, worked in the fields together. Mothers carried babies on their backs, and children were required to contribute to the family efforts as soon as they were able. Children often could not attend school because they had to work. This was exacerbated by racial segregation: Mexican and Mexican American children, along with other non-white children, were often not allowed in white schools.