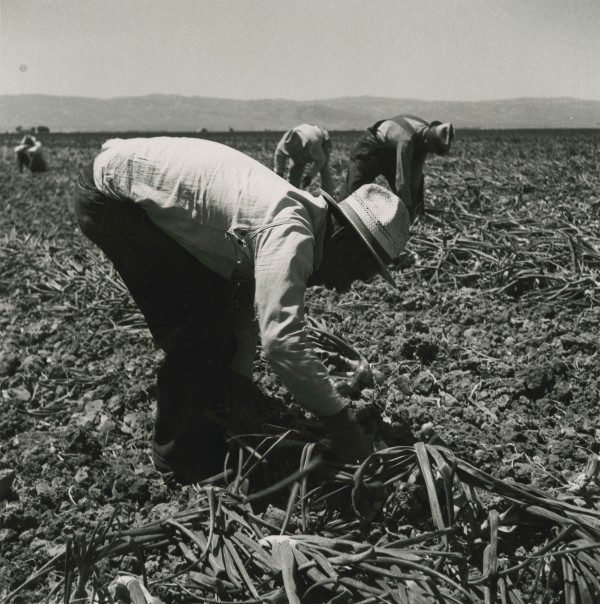 "I do not want to see the condition arise again when white men who are reared and educated in our schools have got to bend their backs and skin their fingers to pull those little beets…. You can let us have the only class of labor that will do the work, or close the beet factories, because our people will not do it, and I say frankly I do not want them to do it."
- Sugar beet growers' spokesman (1920s)

The men in this photograph are bent double at the waist while harvesting crops by hand. These Mexican or Mexican American men were photographed in 1935 performing the kind of back-breaking "stoop labor" that California farmers claimed white men could not (and even should not) be hired to do. California farmers claimed that Asian and Mexican workers were physically suited for hard farm labor because they were used to stooping, crouching, and bending, while white people were accustomed to standing up straight. White public opinion quickly embraced the racist idea that white people would be lowered and degraded by such work.