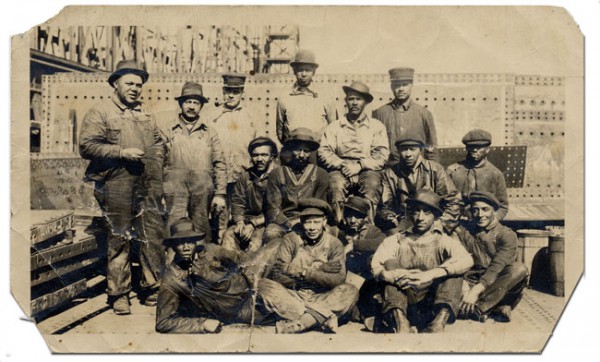 During World War I, the flood of Blacks leaving the Southern U.S. states increased as a result of heavy recruitment for war industries and support services. The Black men posing for this photograph in the Richmond shipyards could have been born and raised in the Bay Area, but more likely moved to California from the South. While most Black men and women of the "exodus" from the South came to Northern cities such as Chicago, New York, and New Jersey, the shipbuilding centers in Richmond, Oakland, and Long Beach in California also attracted Blacks eager to leave the South for higher-paying jobs in a solid trade.