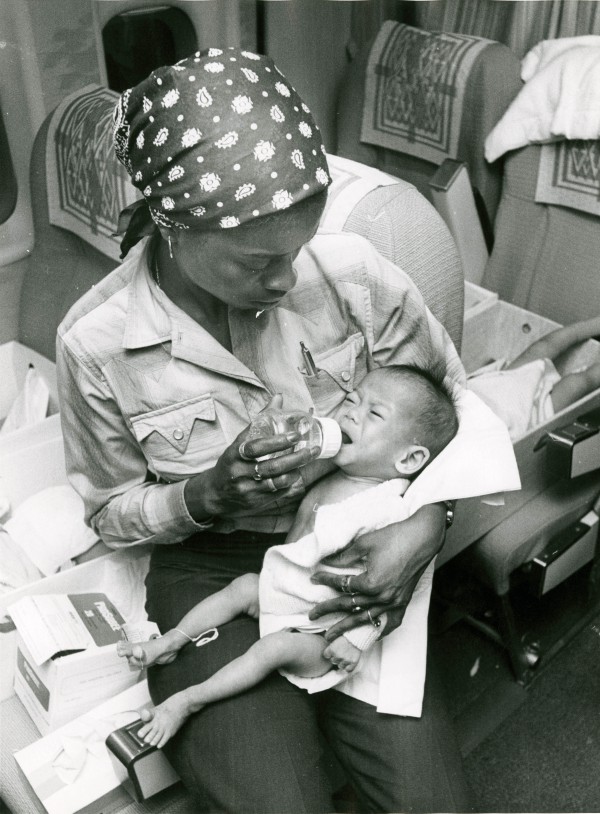 Click image to zoom in.
Or view larger version. A young African American woman sitting on the arm of a chair on an airplane holding a baby in her arms and feeding him a bottle. April 17, 1975. Collection of Oakland Museum of California. The Oakland Tribune Collection. Gift of ANG Newspapers.

The President of World Airways, Ed Daly, began an airlift of 329 orphaned Vietnamese and Cambodian children in April 1975. His vice president, David M. Mendelsohn, responded at a press conference, "The conditions are deplorable. Daly is distraught. Hundreds of thousands could die for lack of food … if immediate aid is not forthcoming."

The response of the United States to expected aid (secretly committed by President Nixon in 1973) was to freeze $150 million of Vietnamese assets, veto Vietnam's membership in the United Nations, and to continue the embargo governing trade relations that had begun against North Vietnam during the war.