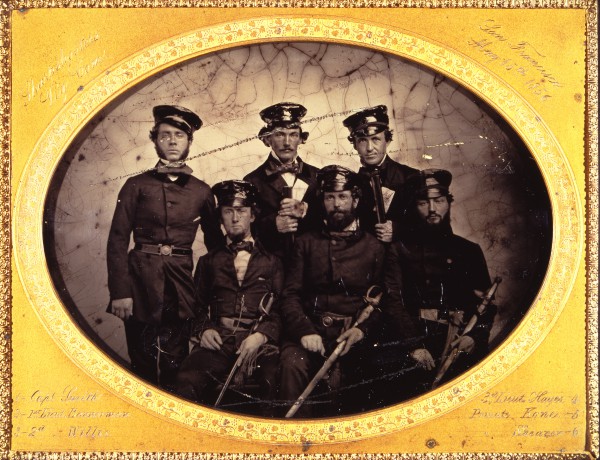 Click image to zoom in.
Or view larger version. Untitled (Sharpshooters of the 1856 Committee of Vigilance). May 15, 1856. Photographer unknown. Ambrotype. Collection of Oakland Museum of California.

This photograph is a group portrait of Sharpshooters of the 1856 Committee of Vigilance. The first Vigilance Committee formed in 1851 in response to criminal activity in San Francisco. After the committed disbanded, a continuing tide of unrest led to the creation of a second Vigilance Committee in 1856. This second Committee set up fortified headquarters known as “Fort Gunnybags,” challenged both the state and federal governments and executed four men it claimed had escaped justice.