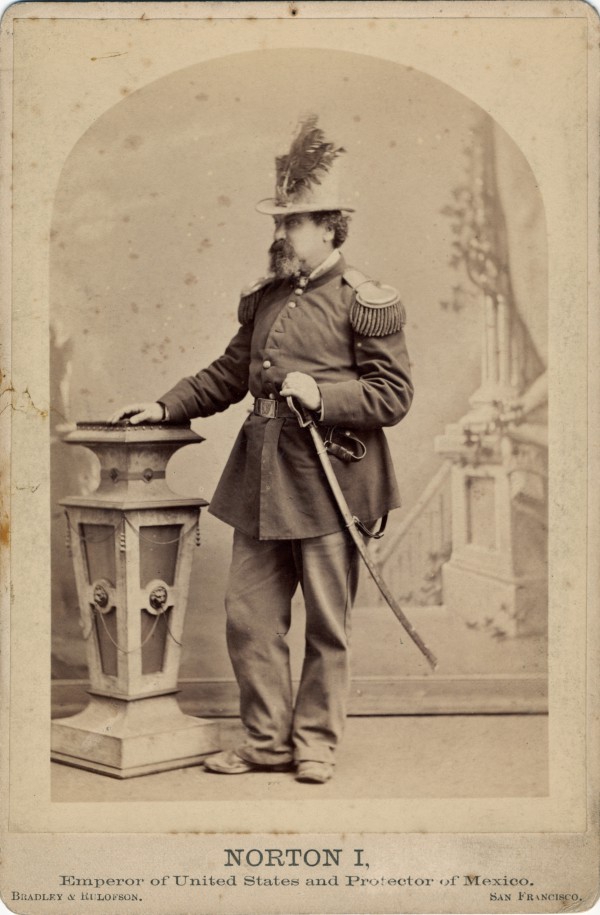 This photograph is of Emperor Norton, Emperor of United States and Protector of Mexico. He was born Joshua Abraham Norton in London, England, 1819. His family moved to Algoa Bay, South Africa and later in 1849 he immigrated to San Francisco, California. He was a wealthy business man who lost his fortune in a bad business transaction and was forced to declare bankruptcy in 1858. Many believed the loss of his business and fortune caused him to become mentally unbalanced. After leaving San Francisco for a time, Joshua Abraham Norton returned to the city and declared that he was Emperor of United states and Protector of Mexico. When he died in 1880, nearly 30,000 people turned out for his funeral.