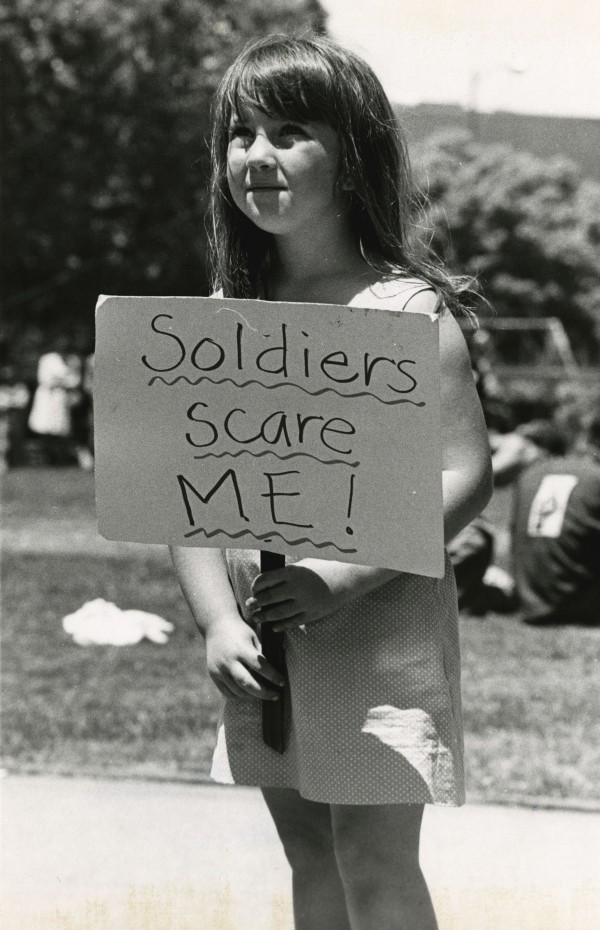 This is a photograph of a young girl holding a sign that reads, “Soldiers scare me.” She is at a protest march in Berkeley, California on May 24, 1969. The protest march comes days after National Guardsmen, upon Governor Ronald Reagan’s direction, descended on the University of California, Berkeley campus to end the protests and take back land that was owned by the university that residents, merchants, and students of Berkeley made use as a park.