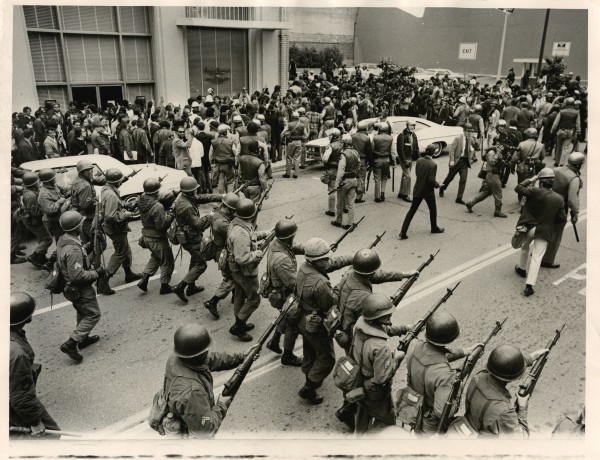 This photograph was taken on May 22, 1969 in Berkeley, California of National Guardsmen forcing student protestors down a Berkeley street, and into an empty lot where they were eventually arrested. In addition to the National Guardsmen there were Berkeley city police on hand to assist in the arrests. The protest and arrests were in connection with the conflict that developed between UC Berkeley administration, merchants, students, and the then governor of California, Ronald Reagan regarding the creation of a park on land owned by UC Berkeley.