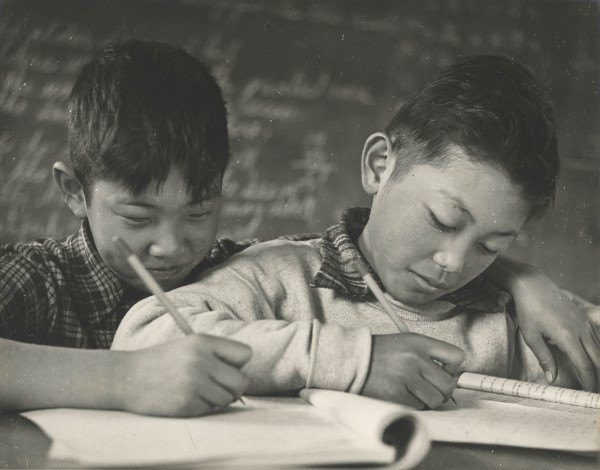 This is a photograph of two sixth grade boys in a classroom at the Tule Lake Center in November 1942. Tule Lake was the largest of the ten War Relocation Authority camps operating during World War II. It opened on May 26, 1942, and detained person of Japanese descent removed from western Washington, Oregon, and northern California. Its peak population was 18,700 people, and was a high-security segregation center, ruled under martial law, and occupied by the Army.