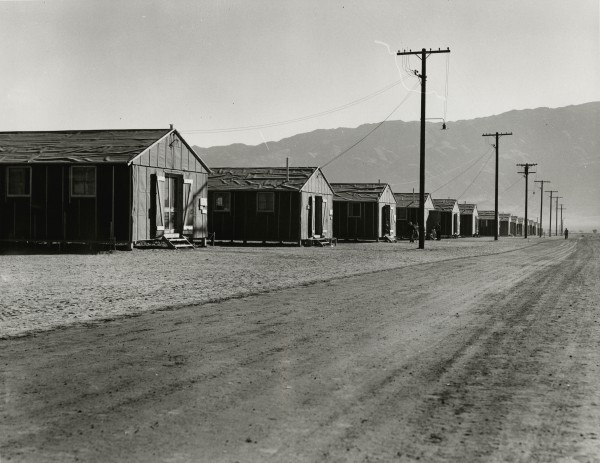 This is a photograph of a row of barracks at Manzanar Relocation Camp taken on June 29, 1942. The Manzanar Relocation Camp was one of ten camps that Japanese-Americans were forced to move to during WWII by the U.S. government. It was located at the foot of the Sierra Nevada in California’s Owens Valley. The area was originally occupied by Owns Valley Paiutes, with later miners an ranchers moving in and establishing the town of Manzanar in 1910. The town was abandoned the town by 1929 after the city of Los Angeles purchased the water rights to the entire area.