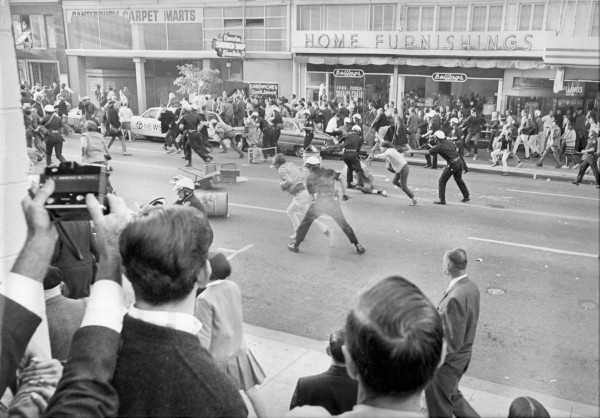 While the planners for Oakland's Stop the Draft Week believed they were moving from a strategy of protest to resistance, many were surprised, according to Todd Gitlin, "at how brutal the cops turned out to be…these notorious radicals had remained innocent about what the authorities would do about a threat to the smooth running of the draft machine." The people in the streets that week in October 1967 did succeed momentarily in stopping the buses on their way to the Oakland Induction Center.