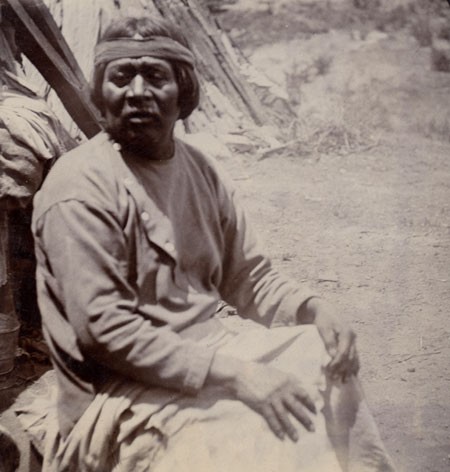 "My people do not know when they are citizens and when they are not."
- Emma D. Johnson, speaker at the Society of American Indians 1911 convention

This man is simply identified as a "North Central Sierra" California Indian. After implementation of the Dawes Act, many California tribes simply ceased to exist legally for both the California and U.S. governments. As a result, the California government lumped different California Native Americans together in broad geographic groups, although they often spoke completely different languages and had very dissimilar cultures.