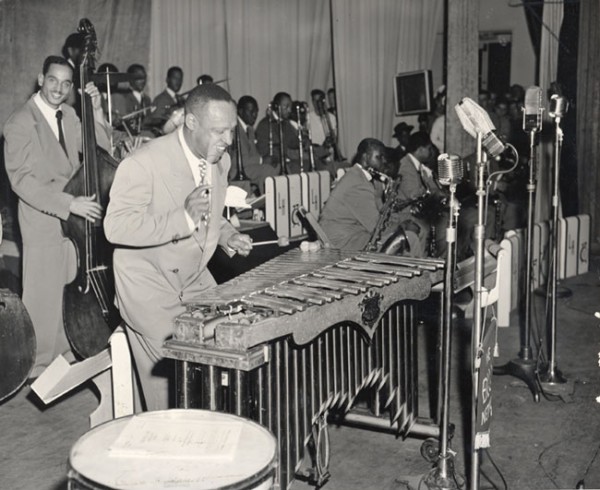 Lionel Hampton, discovered in the 1920s by Louis Armstrong in a Los Angeles jazz club, leads his swing orchestra through a performance at the Oak Knoll Navel Hospital in Oakland, California. The photograph, which was taken during World War II, shows the vital role entertainers played in boosting morale by entertaining the troops both at home and abroad. Hampton made history in 1936.

That year, Benny Goodman invited Hampton to join his jazz combo and appear onstage with other white musicians at the Pennsylvania Hotel in New York. With this single act, Hampton smashed the color barrier. In the 1930s, even musicians were segregated by race and forbidden to play together. Hampton's achievement would stand alone for 11 years until 1947, when African American Jackie Robinson ended segregation in the major leagues by playing baseball with the Brooklyn Dodgers.