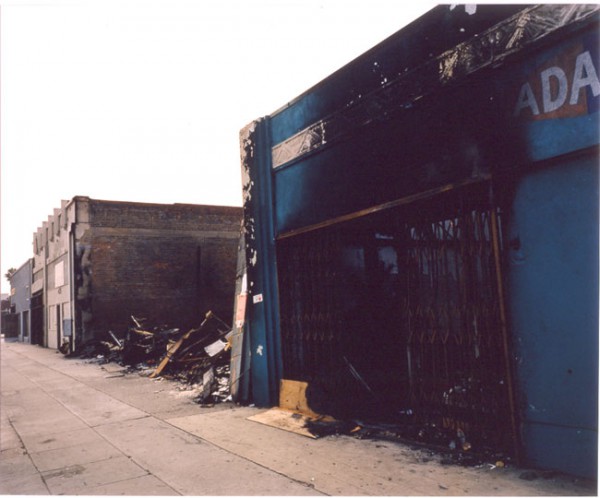 For three days, beginning on April 29, 1992, the South-Central neighborhood of Los Angeles experienced the worst riots and civil unrest in U.S. history. Fifty-five people were killed during the riots. The combination of burning, looting and destruction of neighborhood property caused billions of dollars worth of damage. This photograph shows a burnt-out husk of a Korean grocery store. This image, among many others, captures the rage of established minorities pitted against newcomers, both suffering from a decade of stagnating economic opportunities (or as Bill Clinton would soon be saying, "it's the economy, stupid"), a rollback in civil rights enforcement, and simmering prejudices between African-Americans, Latinos, and Koreans.