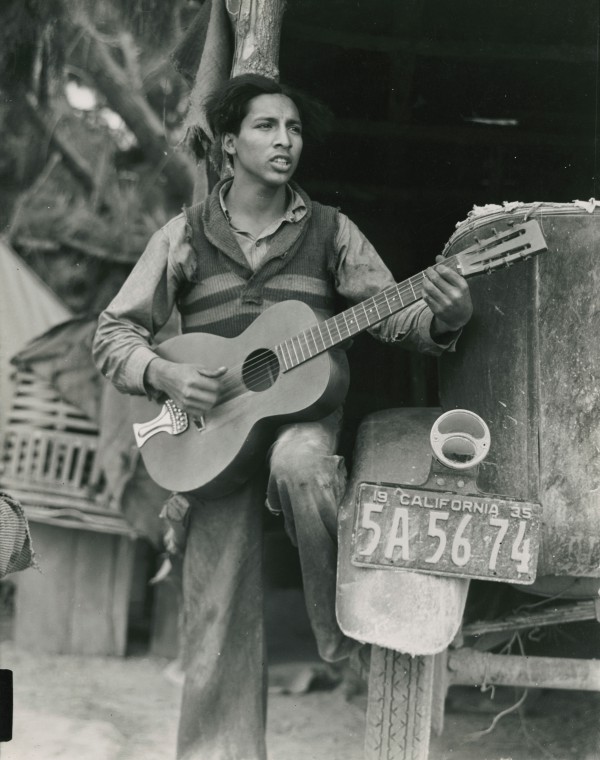 "In these unhappy times
depression still pursues us;
lots of prickly pear is eaten
for lack of other food.

No light is seen in the houses
nor does water flow from the tap;
the people are in tatters
and in a deplorable state."
- Depression-era Mexican-American corrido (translated into English)

The corrido, or Mexican folk ballad, was and remains one of the strongest artistic expressions of Mexican culture. Through the corrido, day-to-day life could be made into art; all that was needed was a voice and maybe an instrument. Mexican and Mexican American migrant farm workers were often prevented by white law enforcement from entering "white" businesses or even from entering "white" towns, sometimes actually forced to remain on a farm owner's property until the harvest was completed. Partially as a result of this forced isolation, the Mexican and Mexican American farm workers retained strong ties to their Mexican roots.