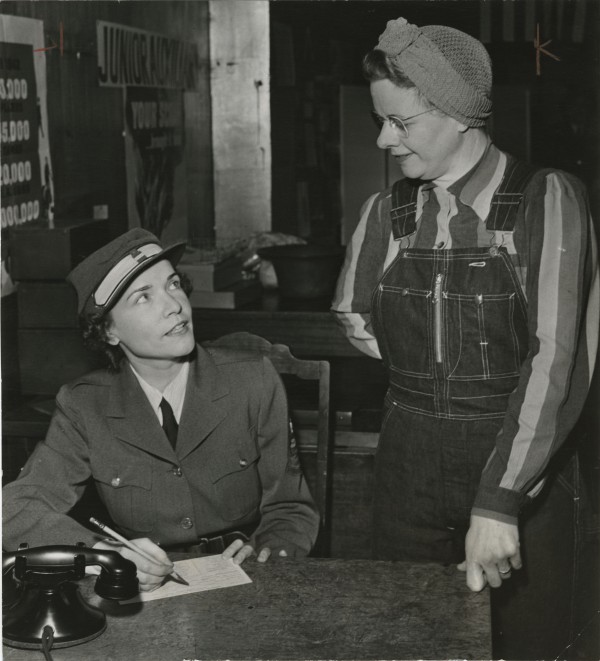 This is a photograph of two women in the process of registering for a defense class sponsored by the AWVS. The AWVS was a wartime women’s voluntary organization founded in 1940 by Mrs Alice McLean, who modeled her new organization on the Women’s Voluntary Service (WVS) of Britain. It was declared to be "non-partsian, non-political and open to all women irrespective of race or religion provided they were loyal to the principles of the Government of the U.S." Members carried out a wide range of tasks that included motor corps, war savings work, childcare for mother’s doing war work, mending/repair, office and clerical work.