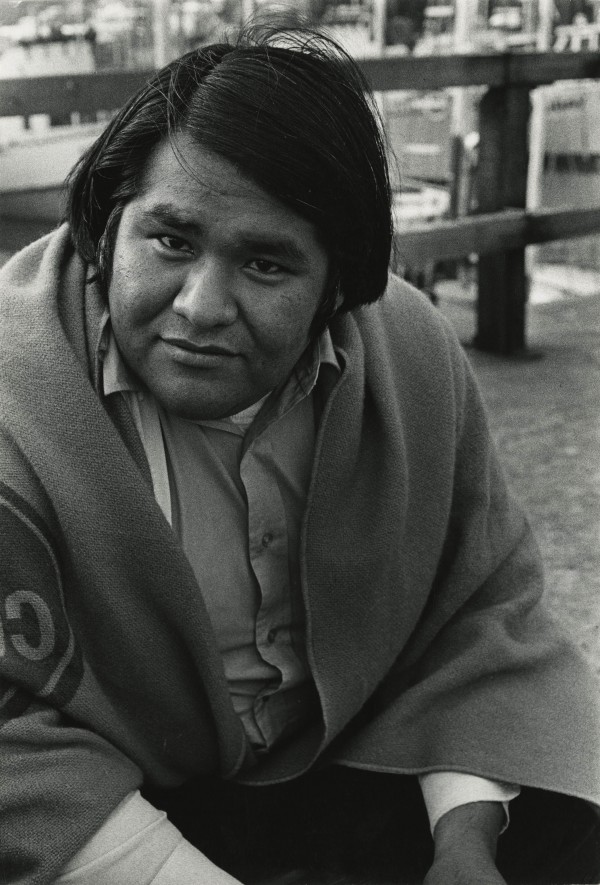 This photograph shows a man sitting outside on Alcatraz Island during the Native American occupation of the island. The occupation of Alcatraz lasted for nineteen months, from November 20, 1969, to June 11, 1971, and was forcibly ended by the United States government. The Treaty of Fort Laramie, 1868, a treaty between the United States, and the Sioux, states all retired, abandoned or out-of-use federal land be returned to the Native people from whom it was acquired. Since Alcatraz penitentiary had been closed on March 21, 1963, and the island had been declared surplus federal property in 1964, a number of Red Power activists felt the island qualified for reclamation.