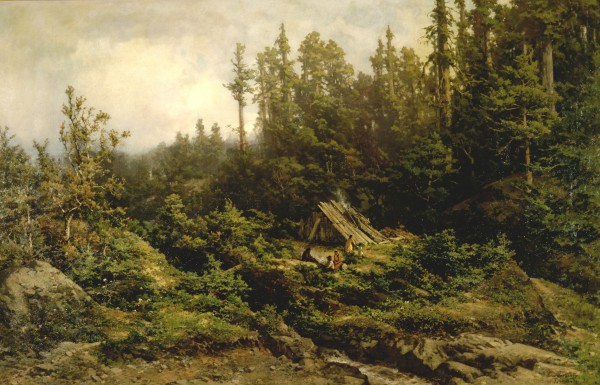 This is an oil painting by Carl Von Perbandt of a Pomo Indian encampment near Fort Ross. Von Perbandt was born in Lagendorf, East Prussia into an aristocratic family. For political reasons he moved to the United States in 1870. After living six years in New York, he made his way to the west coast, where he lived a “bohemian” lifestyle in the backwoods of Mendocino and Humboldt Counties among the Pomo Indians, eventually setting up a studio near Fort Ross.