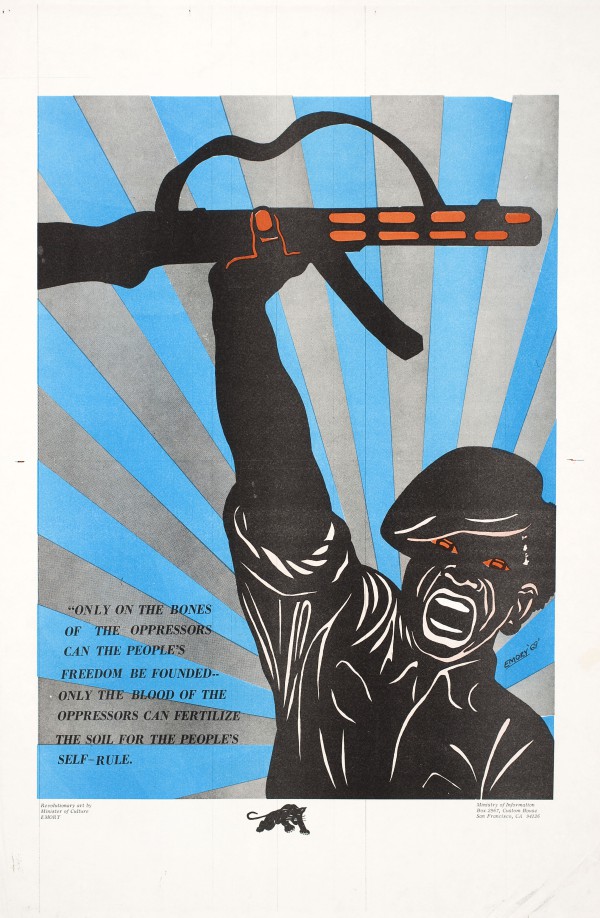 Click image to zoom in.
Or view larger version. "Only on the bones of the oppressors...". 1969. Emory Douglas, artist. Poster. Collection of Oakland Museum of California, All of Us or None Archive. Gift of the Rossman Family.

This poster, with a black militant with a raised submachine gun against a “rising sun” background, is characteristic of the Emory Douglas’ work while he was the Minister of Culture for the Black Panther Party. The quote is from a 1905 speech by Soviet Union leader Josef Stalin. Douglas notes that the prominence of gun images can be explained by the social context at the time; the party’s 1966 Ten Point Program included the position that “We believe we can end police brutality in our black community by organizing black self-defense groups that are dedicated to defending our black community from racist police oppression...”