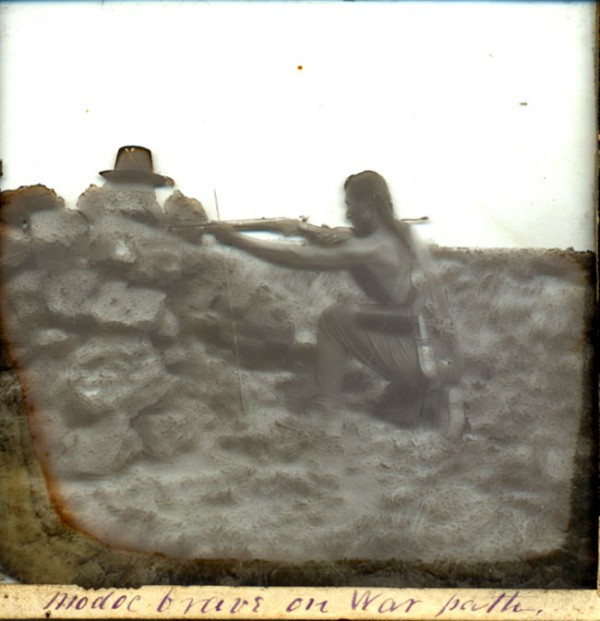 A Modoc Brave on the Warpath. 1873. Eadweard Muybridge, photographer. One frame of albumen stereo card. Collection of Oakland Museum of California.

"The history of these Indians, their wars and the cause of them, would fill a volume, and be a publication of the disgrace of our own people. The Indian is not heard…"
-Elijah Steele (1873)

This photograph was titled A Modoc Brave on the War Path by the photographer who created the image, Eadweard Muybridge. Muybridge was hired by the government to document the war between the U.S. Army and the Modoc Indians, which took place in the remote reaches of northeast California from 1872 - 1873.

The Native American in the image is actually not a Modoc, but a Warm Springs Scout who had been hired by the U.S. Army to assist them in their efforts.