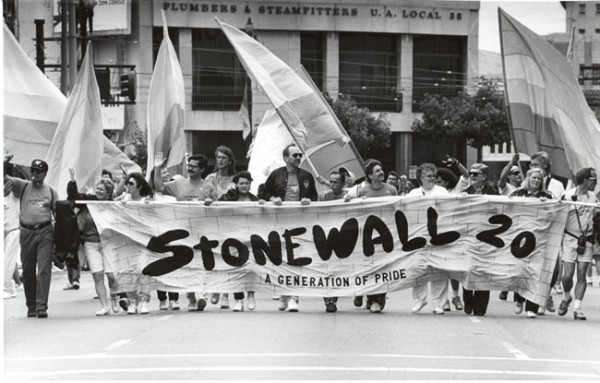 In this 1989 photograph from San Francisco's Gay and Lesbian Freedom Day Celebration, marchers carry a banner proclaiming, "Stonewall 20: a Generation of Pride." The banner refers to the seminal event in the modern gay rights movement. In June 1969, New York City police raided the Stonewall Inn, a Greenwich Village bar catering to drag queens and gay men who united to resist police persecution for three days and nights. The Stonewall riots, which took place during an era marked by anti-war protests, radicalized gays and lesbians across the U.S., as they resolved to embrace visibility, confrontation, coming out, self-definition, and the shedding of self-hatred.