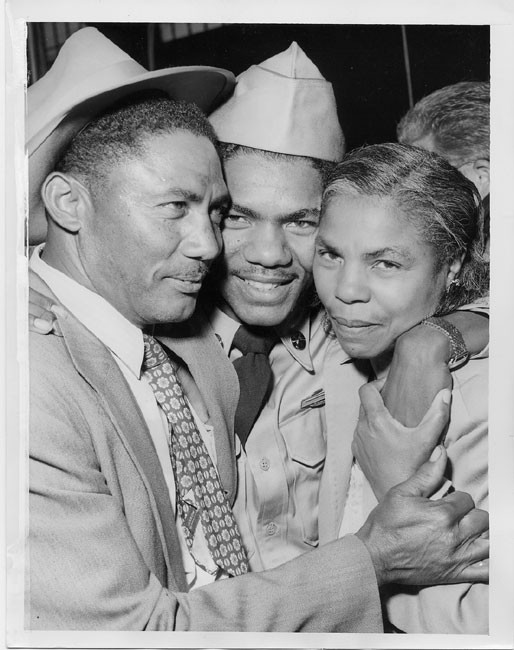 Former Korean War POW, Pfc. Benjamin D. Tolerson is hugged by his parents after arriving at Fort Mason in San Francisco, California. He had been captured on November 27, 1950, and spent most of his time in Camp No. 5 at Pyoktong. August 23, 1953. Museum of California.

In this photograph, former P.O.W. Pfc. Benjamin D. Tolerson is hugged by his parents upon returning home from the Korean War. During the country's first integrated war, U.S. politicians worried that African American soldiers would not fight the communists because of racial injustice at home.

One veteran remembers Communist sympathizer Paul Robeson predicting black soldiers wouldn't fight and baseball star Jackie Robinson predicting that they would. North Korea capitalized on those fears, taunting African American prisoners of war about their loyalty, given U.S. racism. In reality, the 24th Infantry Regimental Combat Team and the 555th were noted for their bravery.