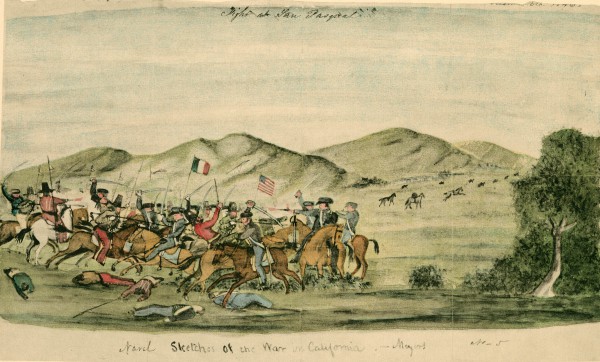 "I do not think there ever was a more wicked war than that waged by the United States in Mexico. I thought so at the time, when I was a youngster, only I had not the moral courage enough to resign."
- memoirs of Ulysses S. Grant, 1885

This image depicts the Battle of San Pasqual, fought east of San Diego on Dec. 6, 1846. The sketch shows Californios (native Californians of Mexican descent) fighting U.S. soldiers. The bloodiest battle fought in California, San Pasqual represented the determination of the Californios to resist American expansionism during the Mexican War.