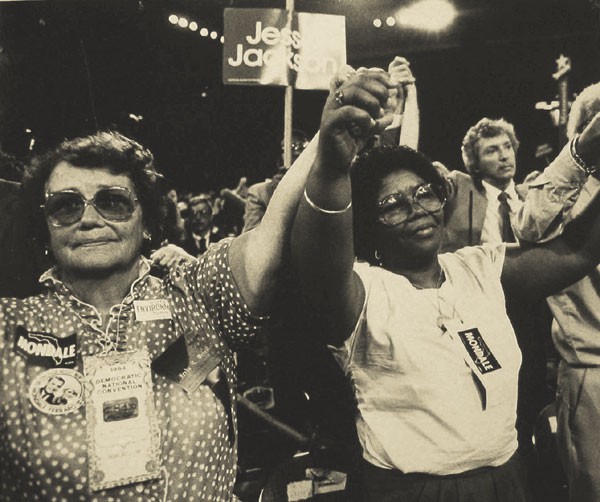 In this photo, delegates to the 1984 Democratic Convention at San Francisco's Moscone Center stand and cheer Reverand Jesse Jackson's prime-time keynote address, considered by many to be the highlight of his career. Jackson, civil rights activist and executive director of the Chicago-based Operation PUSH, had registered one million new voters between 1983 and 1984, vowing to build a "rainbow coalition" of disenfranchised, multiethnic citizens working for social justice.

Winning 3.5 million votes in primaries across the U.S.-and 20 percent of California's primary voters-Jackson came in third, behind vice president Walter Mondale and Colorado Senator Gary Hart. His voter- registration efforts helped the Democratic Party regain control of the Senate in 1986.