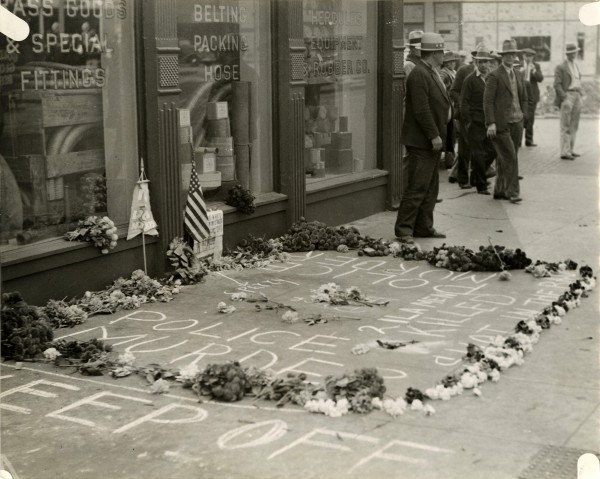 This photograph shows a street altar for two men, Howard S. Sperry and Nickolas Bordoise, killed during the waterfront workers strike in San Francisco, California during the spring and early summer of 1934. The altar was made up of flowers, an International Longshoremen Association flag, a U.S. flag and written in chalk, on the sidewalk, a statement read, “Police Murder. 2 ILA men killed, shot in the back.” ILA stands for International Longshoremen Association.