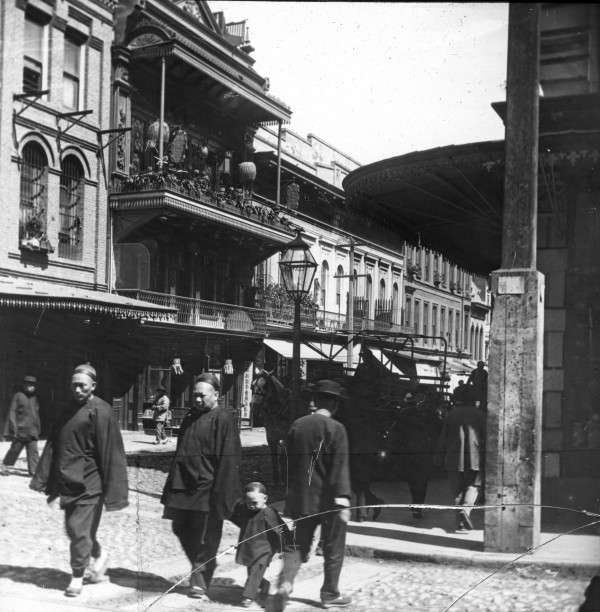 This photograph shows Chinese individuals walking across a street in pre-fire Chinatown, San Francisco, prior to the 1906 earthquake and fire. Chinese immigration to the west coast of the United States in the late 1840s increased following the defeat of China by Britain in the first Opium War and the discovery of gold in California. As the American economy weakened during the second half of the century, the Chinese labor force was seen as a threat to mainstream society. Racial discrimination and repressive legislation drove the Chinese from the gold mines to the sanctuary of neighborhoods that became known as Chinatowns.