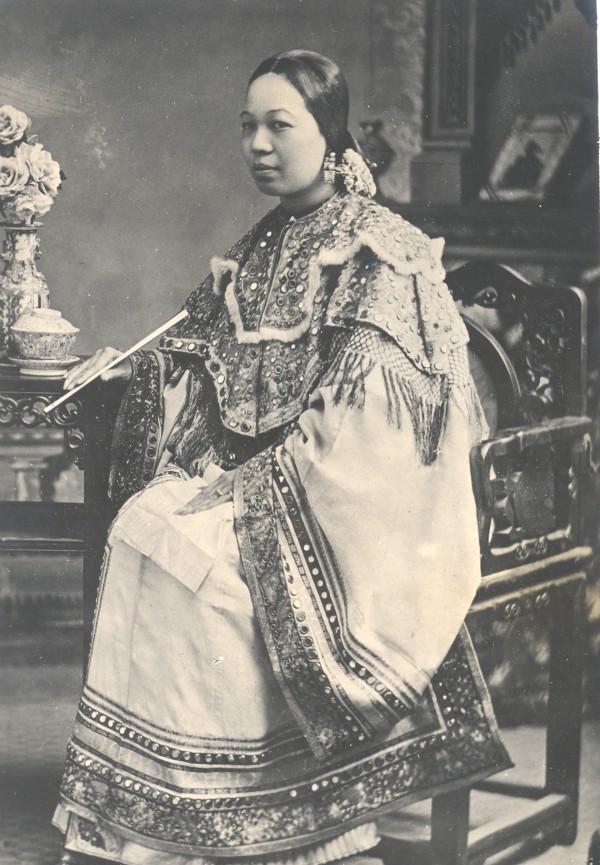 This is an image of a Chinese woman photographed in Los Angeles’s Chinatown, circa 1910. During this period, women only made up six percent of the Los Angeles Chinese community. Established in 1880, Los Angeles’s Chinatown grew to incorporate fifteen blocks by 1910. Following years of decline, the original site was demolished after voters approved a ballot measure for construction of Union Station in 1926. A new Chinatown was later established a short distance away.