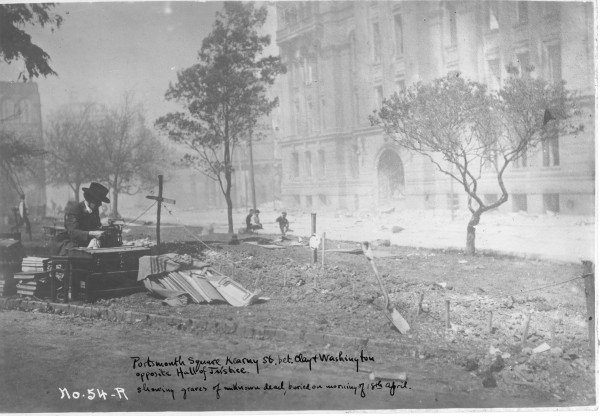 On the bottom half of this image is written, “Portsmouth Square, Kearney St bet Clay + Washington opposite Hall of Justice. Showing graves of unknown dead, buried on morning of 18th April.”

The San Francisco morgue was filled with the victims of the earthquake and fire and as a result, the Central Police Station was turned into an emergency morgue. But soon the emergency morgue filled to capacity and twenty-eight bodies were temporarily buried in Portsmouth Square.