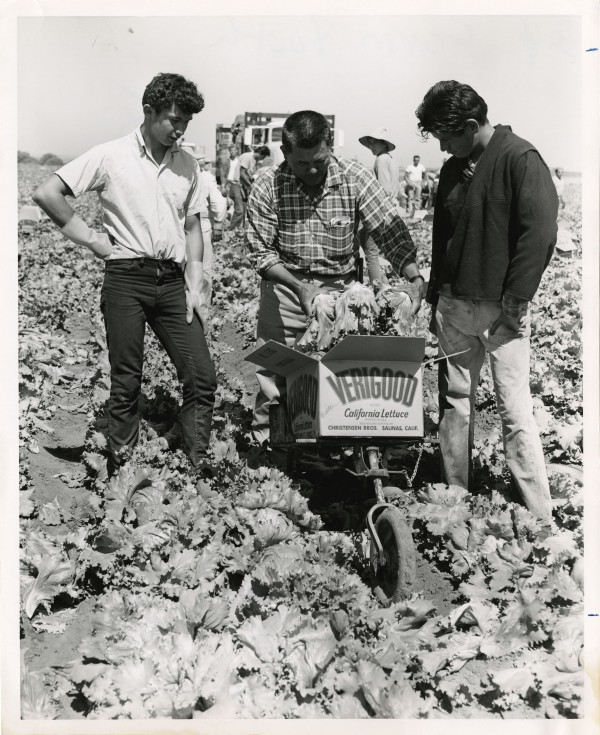 This is a photograph of three farm workers, working in a lettuce field in Salinas, California in August, 1963. The United Farm Workers Organizing Committee (UFWOC), later renamed the United Farm Workers of America (UFW), was formed in August 1963. The UFWOC was established when two smaller organizations, the National Farm Workers Association (NFWA) and the Agricultural Workers Organizing Committee (AWOC), both in the middle of strikes against certain California grape growers, merged and moved under the umbrella of the AFL-CIO.