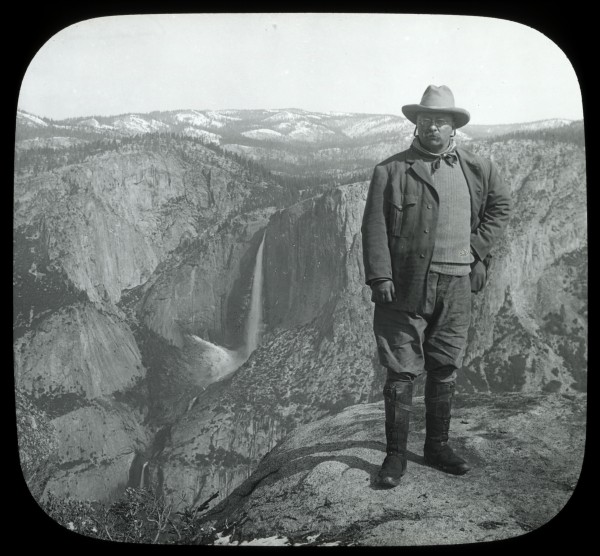 This is a lantern slide of President Theodore Roosevelt standing on Glacier Point in Yosemite Valley. Roosevelt camped with naturalist and preservationist, John Muir in May 1903. While camping, Muir lobbied Roosevelt, convincing him that the federal government should take control of the valley and the grove in Yosemite Valley, and make it part of the National Park Service. Muir’s efforts were well received. On June 11, 1906 President Roosevelt signed a bill designating the valley and the grove Yosemite National Park.