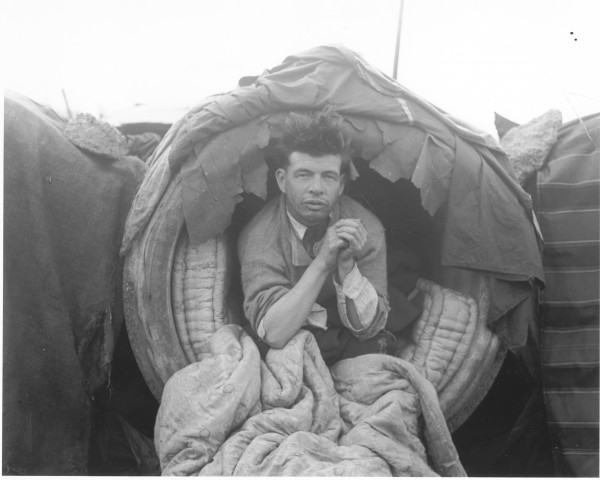 This is a photograph of a resident of Pipe City. During the Great Depression homeless men created a community called Pipe City, also known as Miseryville, which was located at the foot of 19th Avenue in Oakland, California. Using surplus sewer pipes, belonging to the American Concrete and Steel Pipe Company, the men created makeshift homes on company land. To qualify for a pipe, a man had to be jobless, homeless, hungry, and scruffy, but not helpless.