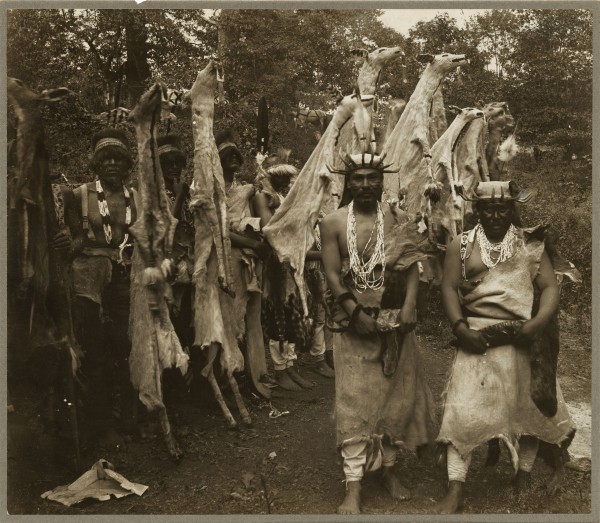 This photograph was taken by A. W. & R. Ericson, a photography studio owned and operated by Augustus William Ericson and his brother, Richard Ericson. Augustus (Gus) and Richard took photographs both in studio and outside of the studio in Humboldt County California. This photograph was taken on a Native Californian site where Hupa Indian men are beginning the sacred deerskin dance. Note the men shown in the front of the procession are carrying large pieces of carved obsidian.