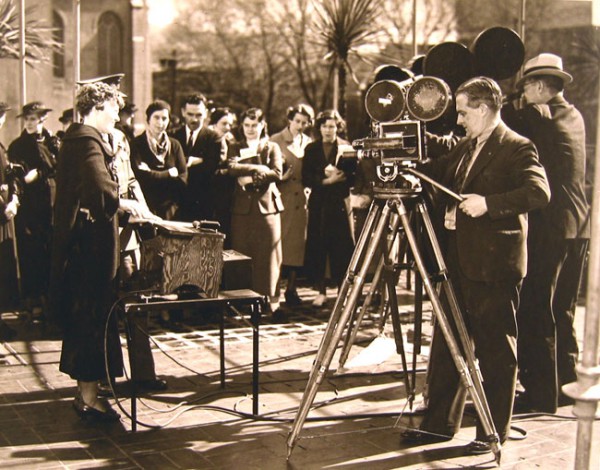 In this 1935 photograph, legendary American aviator Amelia Earhart speaks to the press in Oakland at the conclusion of yet another of her record-setting flights. Earhart had just finished flying between Honolulu and Oakland, California, in the first solo flight by any person (male or female) across the Pacific Ocean. She told reporters that she expected tourism between the West Coast and the Hawaiian Islands to flourish within 10 years as a result of her flight.