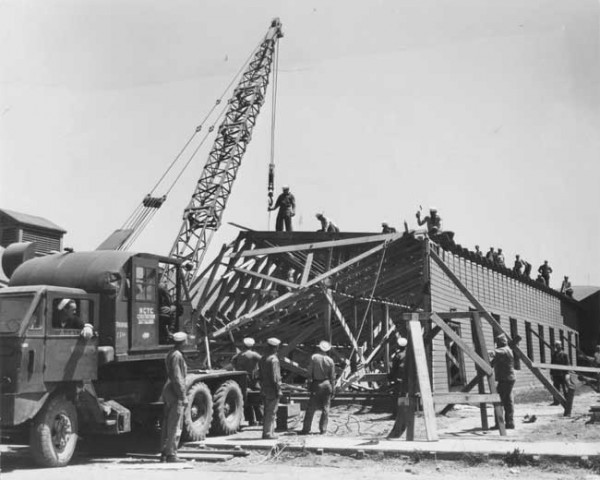 The explosion at Port Chicago was the worst home-front disaster of World War II. It destroyed ships, trains, and buildings. A pilot of a plane flying at 9,000 feet nearby reported seeing chunks of white hot metal. The explosion was felt hundreds of miles away in Boulder City, Nevada. It is estimated that the explosion was the equivalent of a five-kiloton nuclear bomb. Cleanup began almost immediately; this photo shows Navy Seabees working on a damaged building.