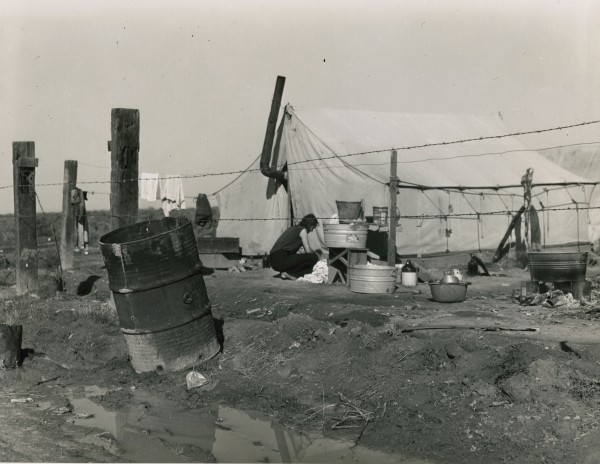 "[Division of tribal land had been] much more than just a huge white land grab; it was a blow, meant to be fatal, at Indian tribal existence."
- 1930s Indian Affairs Commissioner John Collier

U.S. Native Americans were forced from their lands in the mid-1800s and "relocated" onto reservations. Then in the late 1800s, reservation lands were taken away and divided up into individuallyowned plots of land. In 1934 the U.S. Government offered an "Indian New Deal" to "reorganize" U.S. Native Americans back into tribes if they met certain qualifications. Yet at that time, many Native Americans lived in the areas hit hardest by the dust bowl droughtand were among the refugees who flooded into California in search of work during the Great Depression. Many never had the chance to benefit from "reorganization."