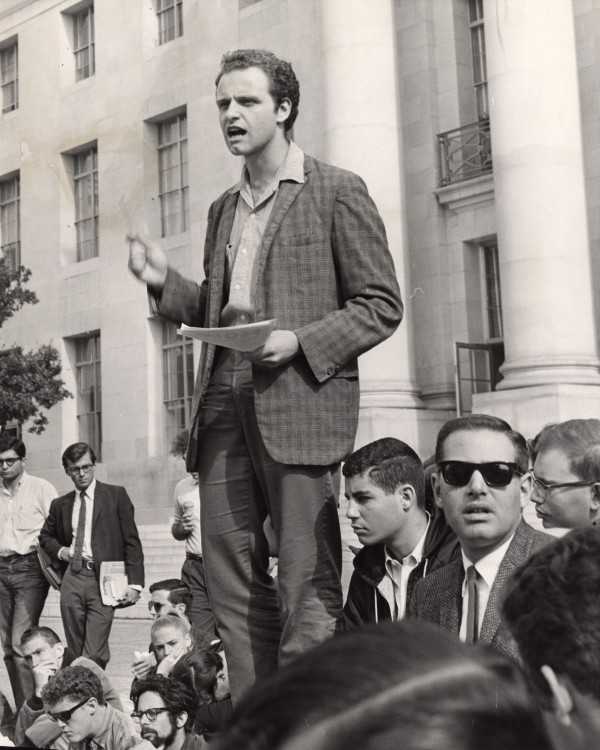 This is a photograph of Mario Savio, leader of the Free Speech Movement. He is shown standing among a group of people giving a speech in front of Sproul Hall on the University of California, Berkeley campus. The Free Speech Movement was a student protest, which took place during the 1964-1965 academic year. In protests unprecedented at the time, students insisted that the university administration lift the ban of on-campus political activities and acknowledge the students' right to free speech and academic freedom.