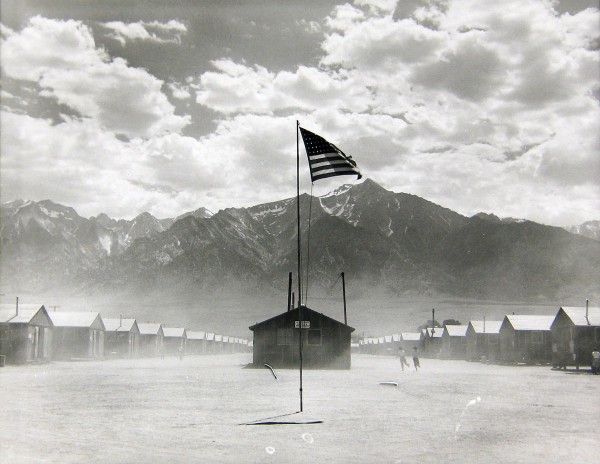 "The desert was bad enough. The mushroom barracks made it worse. The constant cyclonic storms loaded with sand and dust made it worst. After living in well furnished homes with every modern convenience and suddenly forced to live the life of a dog is something which one cannot so readily forget. Down in our hearts we cried and cursed this government every time when we were showered with sand. It was not the question of protection. It was because we were Japs! Yes, Japs!"
Joseph. Y. Kurihara, quoted in The Spoilage,
by D. S. Thomas & R. S. Nishimoto, UC Press, 1946