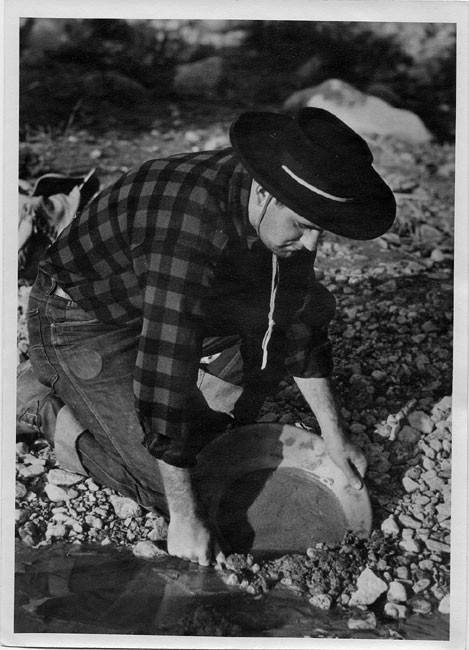 This photo was taken in 1942. It is a representation of techniques used during the Gold Rush.

Panning for gold was the first method used in the California gold fields because it was inexpensive, fairly simple, and could be done by one person. This method used water to separate particles of gold from sand, gravel, and clay. A miner would shovel dirt into a pan, then swirl the pan under the water, until the gravel, clay, and most of the dirt was washed away. Since gold is heavier than these other substances, any gold in the original sample would remain in the pan. While this work was simple and inexpensive, it turned out to be extremely physically demanding. Miners had to work for hours in the sun, squatting near a stream, carefully performing precise movements so no gold would be lost.