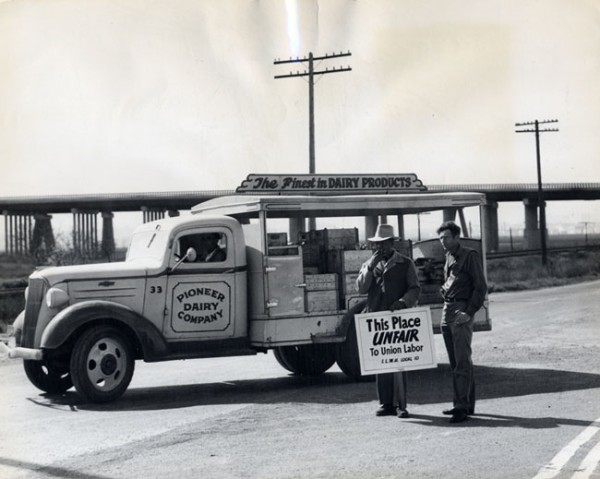 In this photo, milk wagon driver Joseph C. King refuses to cross the picket line and make deliveries to the Port Chicago naval base on Mare Island. In the spring of 1947, the International Longshoremen's and Warehousemen's Union called a strike at Port Chicago as part of a series of Bay Area protests against rising prices and low wages. Perhaps union solidarity was further strengthened by the recent memory of the infamous 1944 munitions explosion at the navel base under suspicious circumstances, which killed all 320 men on duty, including 258 African American sailors.

An Idealist in Congress: The Early Life and Times of Jerry Voorhis
www.csupomona.edu/~library/LibraryInfo/special/Voorhis/book1/
ContentsTable.html
(note sections on his fourth and fifth congressional terms)