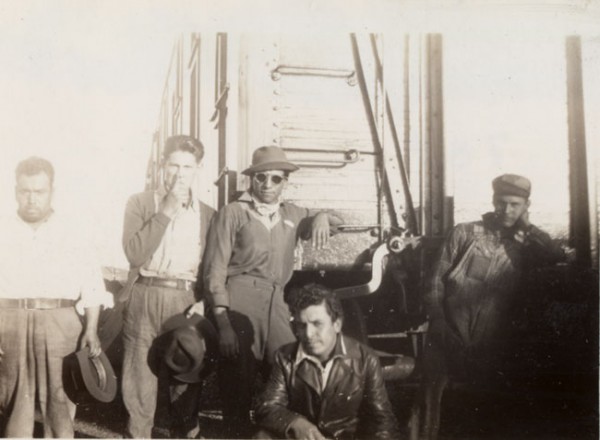 Five bracero workers pose near a boxcar in the Southern Pacific yards in Oakland. American rail unions influenced the way Mexican workers were treated, an advantage not enjoyed by bracero farmworkers. At war's end, however, rail unions pressed for an end to the railroad portion of the Bracero agreement. The overall Bracero program established patterns of immigration between Mexico and the U.S. that influence today's large-scale immigration across the border.