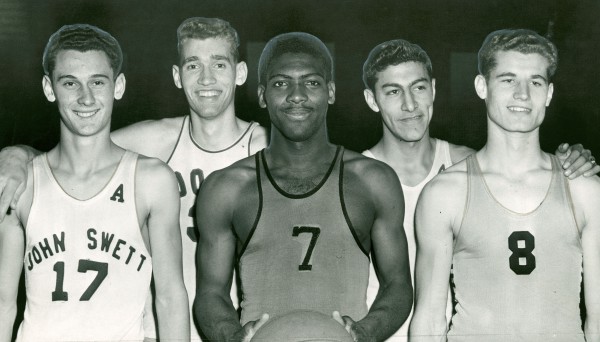 The 1948-49 high school All-League team from the Contra Costa Athletic League is shown in this March 10, 1949 Oakland Tribune photo. The players, left to right, are Tom Cortez, Marshall Freeman, John Henry Johnson, John Gallo, and Norman Cone. Even though formal segregation had been abolished in California schools for decades, residential segregation existed and African American athletes were far less common in many areas of the state than they are today. John Henry Johnson was a Bay Area sports legend, who would go on to a Hall of Fame NFL career.