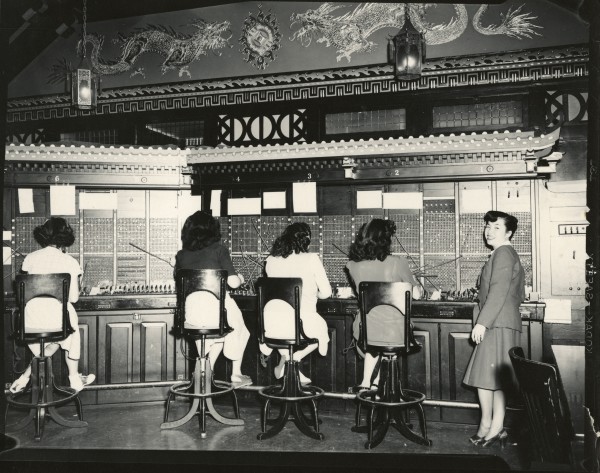 This is a photograph of Chinese American switchboard operators working in a Chinatown in the early 1940s. Chinese Americans were living, working, going to school, and doing business in their own separate communities during this time. The separate communities were considered de facto segregation because racial segregation did exist, in fact, but was neither created nor enforced by statutes or judicial decrees. Such segregation is typically a result of housing patterns, and economic conditions, combined with governmental policies.