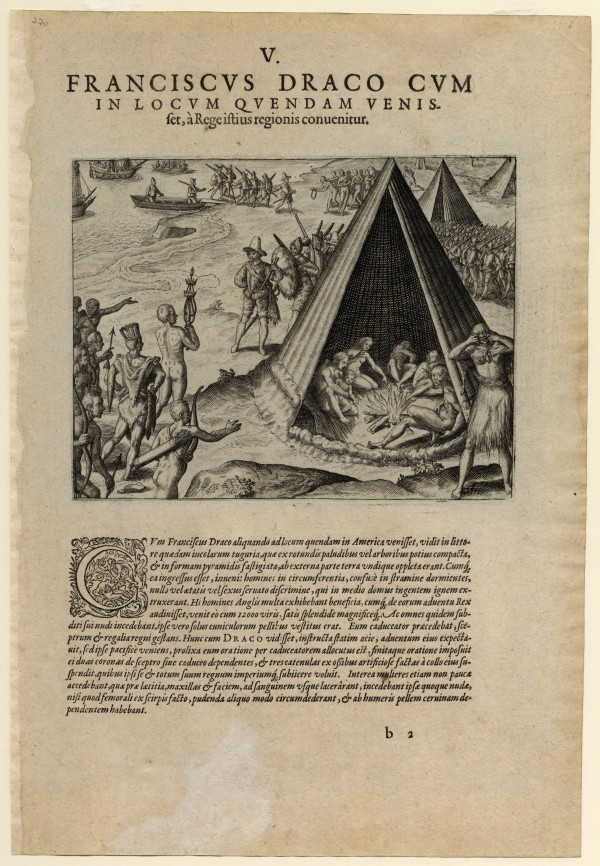 This is a photograph of an engraving done by Theodore De Bry. De Bry was an engraver, goldsmith, and editor who traveled around Europe eventually settling in Frankfurt, Germany. De Bry created a large number of engraved illustrations for his books, based on first-hand observations of explorers. Although De Bry himself never visited the Americas, he did create this engraved illustration depicting Sir Francis Drake landing in California, twenty years after the event occurred.