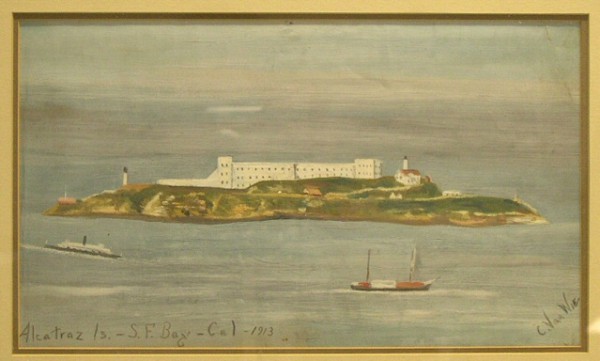 This is a painting of Alcatraz Island in 1898. The island received its name in 1775 when Spanish explorer, Juan Manuel de Ayala charted the San Francisco Bay, and named this piece of land La Isla de los Alcatraces, which translates to “Island of the Pelicans.” In 1847 the U.S. Army took notice of its strategic value as a military fortification and in 1861 the island was used to house Civil War prisoners. In 1898 the Spanish-American War would bring the prison population from 26 prisoners to over 450 prisoners.