This exhibit describes the exodus of the Okies during the Dust Bowl years in 1930s.The Okies fled from the Dust Bowl to California.

The Dust Bowl is a very big storm of dust. This storm destroys the fields, the crops, the houses, the belongings of farmers, everything who are on its way. As a consequence, it becomes impossible to raise crops on the dust-covered land and the people have to tie handkerchiefs over their faces when they go out. So the farmers must go in another land. They went to California.

This period is called "The Great Depression".

It was the great economic crisis that started after the U.S. stock market crash in in 1929. Many people lost their jobs. They became homeless and poor. When the Great Depression strated, Herbert Hoover was the president of the United States, and as a result, he was blamed for it. The people voted for a new president in 1932. His name was Franklin D. Roosevelt. Roosevelt created a new program caller Social Security. It gave money for old people. Beteen 1939 and 1944, more peoople had jobs again because of the World War II, and the Great Depression came to its end.

During the Great Depression, migrants created camps which was made of tents and scraps and it looked like a slum. The migrants lived in harsh conditions. They wore dirty and raged clothes and the childrens were barefoot. They were skinny and looked starved. They were treated like slaves. Their worrking conditions were unfaire, illegal and ruthless. Thery were offered low-paid slaries and they were exploited. 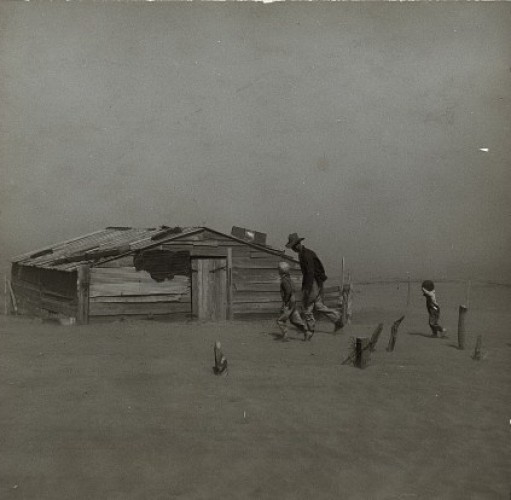 The Flight of a family during the Dust Bowl

This family flees the storme leaving all their belongings and go barefoot. They become homeless and jobless. They do not have food, car and nothing else. This storm destroyed everything on its way. 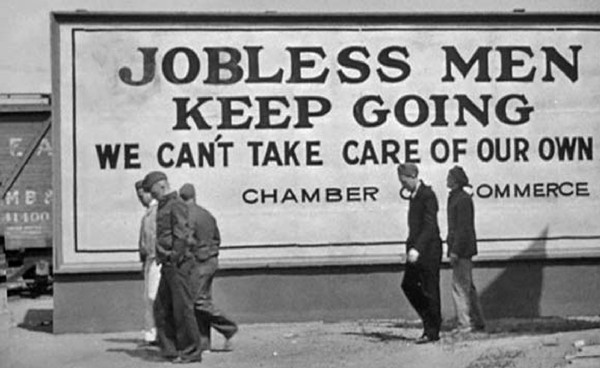 This picture shows a propaganda board. During the Great Depression, a lot of migrants who are jobless arrive in small town, in the west to look for a job and earn money. 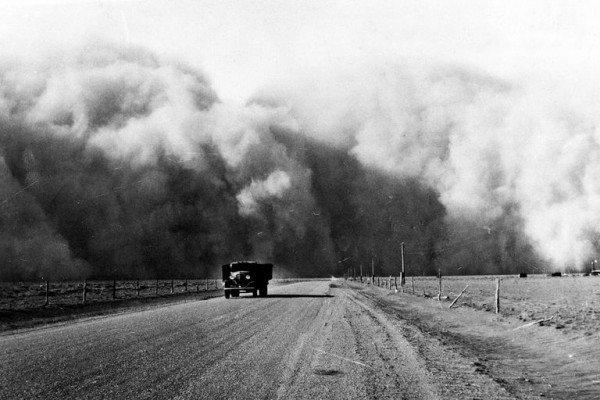 The Dust Bown on the road

This picture shows a car on the road who flees the Dust Bowl. The dust Bowl is a dust storm who covers the fields, the crops, the houses, everything on his passage. So the farmers can not crops. As a consequence the farmers go to California to search new jobs, new fields and new lands to cultivate. 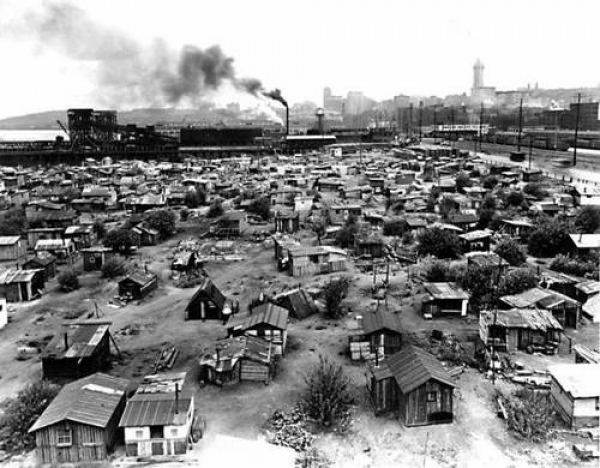 During the Great Depression the migrant will create camps where they will sleep. These camps are very poor and the children are barefoot. Migrants wear dirty and ragged clothes. They were skinny and looked starved. They were miserable and desperate. 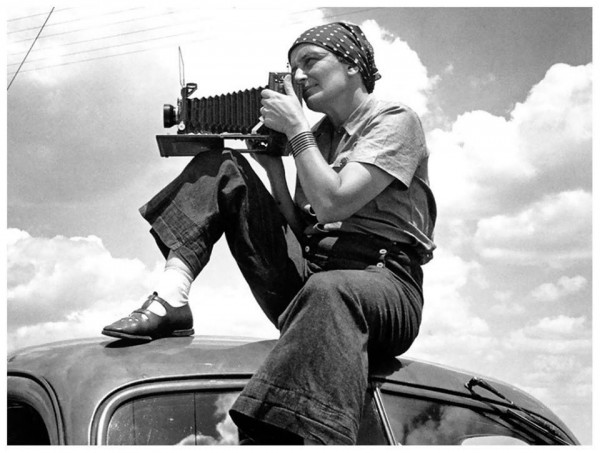 Dorothea Lange (1895-1965) was a photographer who was under contract with the government to take plenty of photos of migrants and to report events during the Great Depression. 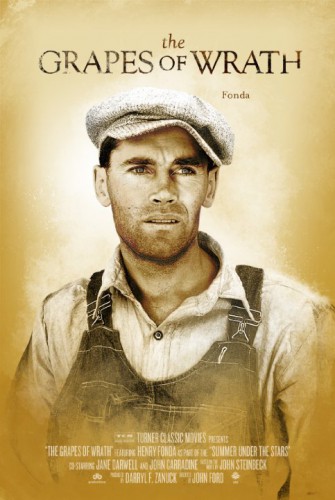 "The Grapes of Wrath" movie's poster

This is the poster of the movie « The Grapes of Wrath » (1939) by John Ford, it tells the story of a family going to California for a new life, during the Great Depression. 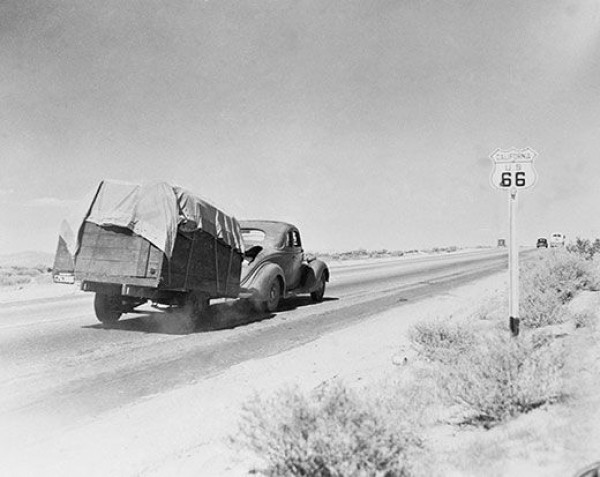 This photo shows a car with a trailer at its end on Route 66, a highway that many migrants took during this era, because it is long road starting from the midlands and ending in California, where destitute farmers wanted to go, to work and to live. This car has a trailer because, like many other families, they took everything they can from their houses. 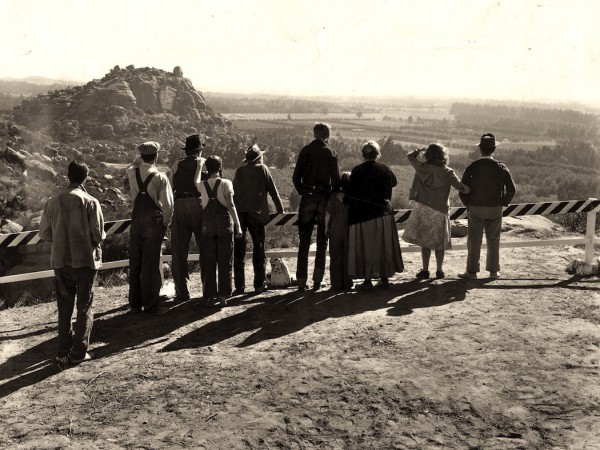 This photo, taken from the movie « The Grapes of Wrath », shows a big family looking in awe at fields in California, imagining all the possibilities given by this state.